The History Of Ribeiro Jiu Jitsu 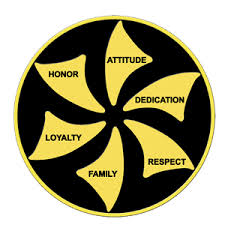 Ribeiro Jiu-Jitsu is a Martial Arts style based on Brazilian Jiu-Jitsu. In 1995, Saulo Ribeiro received his black belt and thus began Ribeiro Jiu-Jitsu. Soon after, he was joined by his younger brother, Alexandre “Xande” Ribeiro, and together the brothers have become the most accomplished brothers in the history of the sport.

With 13 World Championships between them and countless DVDs, books, projects and seminars they conduct all over the world, these two IBJJF Hall of Fame brothers are well known as a point of reference and resource for Brazilian Jiu-Jitsu.

Saulo and Xande are Samurai of the modern world and follow the meaning of the word: they are here to SERVE.

For over two decades the Ribeiro Brothers have gained immeasurable experience and conquered the world with their fighting skills. Now, they are looking toward the future and the new generation of Jiu-Jitsu practitioners. They invite you to join forces with them and touch as many lives as possible through Ribeiro Jiu-Jitsu.

RJJA does not follow the trend of “McDojo”. The affiliation process is exclusive and based on ‘personal touch’. All candidates must fill out the basic application, go through a personal inter-view on the mat, and fulfill the moral values that are required to belong to RJJA.

In order to assure the highest level of quality, a successful completion of an Instructor’s Course is required. The Instructor’s Course covers all aspects of Ribeiro Jiu-Jitsu: self-defense; history and philosophy; competition; and submission wrestling.

The mission is simple: Improve ourselves as Martial Artists, help people follow their dream, spread Ribeiro Jiu-Jitsu all over the world, live by The Code and build a LEGACY.

The Jiu-Jitsu lifestyle means to be surrounded by good people, care, work hard, pass the art on, get better everyday, be healthy and happy. We accomplish this by adhering to the values of the 6 Blades: Family, Loyalty, Discipline, Attitude, Respect, and Honor.

If you think we can help you, please let us know.

From the heart of the Amazon, where the temperature regularly exceeds 100 degrees, two brothers were born. Without knowing they would dominate the Jiu-Jitsu world for over a decade, they became the most decorated brothers in a sport that had only known the Gracie name. Some call it destiny, some call it faith, but the reality is that the mix of a strong father figure, a lion of a mother, hot blood and relentless hearts were the ingredients that created these two samurai of the modern world. Often called ‘two sides of the same coin’ they possessed the drive and desire to achieve greatness.

Elder brother Saulo is a natural born leader. Passionate and intense, his strong personality and love of family are what fuels him. With an incredible tolerance for pain and recovery, he is like a piece of metal or a gnarly running back. The best of his character appears when facing adversity. He will give his life for a human cause and twice for the ones he loves.

Saulo has the remarkable accomplishment of 6 World Titles as a black belt in 5 different divisions: Light (1996); Middle (1997); Heavy (1998); Medium Heavy (1999 and 2002); Super Heavy (2000). It is accepted that this feat may never happen again for another man. Saulo is also a World No Gi champion (2008) and has received the title “Cavaleiro da Ordem do Rio Branco” from the President of Brazil. And as if this isn’t enough, Saulo has also won the ADCC, twice.

Younger by 6 years, Xande is a perfect silent killer. Calm, confident and disarming, he is gifted with a body that combines size, strength, and beauty. He frustrates his opponents by imposing his will with relentless technique. Dedicated to his family and young daughter, Xande is an approachable and likable person with a special talent of making others around him feel special. He is the perfect Absolute Champion!

Xande is known as “The Greatest”. His record is extraordinary. He is the winningest BJJ competitor ever, has the highest percentage of submissions of any BJJ competitor, has two ADCC championships, has TWO Absolute titles, and has beaten the best Gracie in the business. However, it is Xande’s ability to inspire people, not only current fighters, but also the old school Masters and lovers of the sport, that sets him apart. His laissez-faire attitude regarding fame and glory enables him to practice invisible Jiu-Jitsu, and he is able to maintain his peace of mind and loves to share with others what he knows.

Now, a question may come to mind: How can two brothers who are so different and achieve so much success on the mat at the same time still work, live, cry and be happy together?

The answer is that they love each other more than themselves.

Saulo received his Black Belt in 1995 from the famed Royler Gracie. This is the year Ribeiro Jiu-Jitsu was born. In 2001, Saulo awarded Xande his Black Belt after he survived the hardest and nastiest HELL TEST ever given! The brothers believe that when one receives the Black Belt, it is now an accessory; the search for colors is complete. The duty now is to spread knowledge as the Samurai did.

They left Brazil with the dream of becoming a positive influence in people’s lives by spreading Jiu-Jitsu and the 6 Blades that define them: Family, Loyalty, Discipline, Attitude, Respect and Honor.

They chose the heartland of America to begin their mission: Toledo, Ohio. Strategically located in the middle of the USA with genuine and warm people, they were able to reach several states and build the strongest association in the mid-west with over 20 Black Belts. Now, these Black Belts are in charge of Ribeiro Jiu-Jitsu in the mid-west and make Saulo and Xande proud every day with their continued success and accomplishments.

After Xande became Absolute Champion in 2007, the Ribeiro Brothers moved to San Diego, California where they founded the world famous University of Jiu-Jitsu. “The U” is a temple filled with people united for the love of the gentle art and an example they share with everyone, no matter which flag they represent. A positive attitude, good values, and an open mind to learn are the keys to the gate. Inspired by the words of Helio Gracie, a man the brothers knew and learned from, the logo for The U is a mirrored image of yourself so when looked upon it, is up to YOU to honor that.

Ribeiro Jiu-Jitsu has now spread throughout the USA and to the world. At times it has been directly through Saulo and Xande, at others by their hand-picked Black Belts. Because of a strict affiliation process, they have built not what we call a team or school or even a brand, but what is known as the RIBEIRO LEGACY.

Ribeiro Jiu-Jitsu has transcended the world of competitive Jiu-Jitsu. Police, SWAT, SEALS, Community Projects, Families, Politicians, Doctors, Lawyers, Teachers, Kids, Computer Programers, Business People, YOU! These are just some of the examples of the kinds of people that have been positively impacted by Ribeiro Jiu-Jitsu: medicine for the soul!

Nowadays, Saulo runs the Ribeiro Jiu-Jitsu Headquarters in San Diego from the University of Jiu-Jitsu where he trains, teaches and travels for seminars all over the world. BUT, when the fire of competition takes control of his body, he puts on the Ribeiro Armor suited for war and recruits his loyal soldiers to help him get ready to cover his face in dust from the battlefield. This is the place he calls HOME.

Xande lives in San Diego and Brasilia-DF with his young daughter, but also travels all over the world for seminars. In Brazil, he is responsible for inspiring and teaching people his competition skills and growing the Ribeiro Jiu-Jitsu Association. As a complete, model fighter, teacher, icon and human being, Xande is the perfect ambassador for Brazil as a new era in Jiu-Jitsu begins.